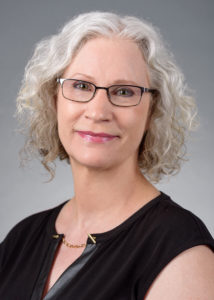 Lisa Hull is the Public Records Custodian for the University of Wisconsin-Madison.  Lisa joined the University in 2012 and worked as the Special Assistant to the Vice Chancellor for University Relations, moving into the records custodian role full-time in July of 2015.  Her role is to receive, manage and respond to public records requests on behalf of the University.  In this role, Lisa works with University Legal Counsel to analyze the request, determine if the University holds the record requested and if the requester is entitled to the record or prohibited from accessing the record under state or federal statute or court decision, and prepare the records for release.

Lisa previously worked as an assistant news director for Midwest Family Broadcasting (1989-1994), press secretary and chief of staff to the lieutenant Governor and Governor (1994-2002), public relations and issues management consultant (2003-2006) and strategic communications consultant at American Family Insurance (2007-2012).  She earned her Bachelor of Arts-Journalism degree from the University of Wisconsin-Madison in 1988.